Origins is a recurring new music feature that gives musicians the chance to pull back the veil on what influenced their latest track. Today, The Paranoyds tell us how they dive “Face First” into the world of horror films.

Considering their name, it should come as no surprise that Los Angeles four-piece The Paranoyds have a creeping suspicion of the world around them. Fueled by horror movies and unsettled by the grip of social media, the punk rock outfit feel we’re currently living in the dystopia future of which we’ve always been warned. Tracks like their new single “Face First” capture this… well, paranoia in hooks that are equal parts catchy and anxious.

The latest from the band’s upcoming debut LP, Carnage Bargain (out September 13th via Suicide Squeeze), “Face First” creeps around your head with a squealing two-tone guitar line. That squirming feeling that someone’s watching everything you do? That’s these notes. In fact, that’s the very lyrical content of the song itself: “Check my phone, I’m waiting for a sign/ On lookout, I’ve left a/ Version of me behind/ Around the bend, the car turns/ Just in time.”

“Face First” comes along with a 360º video following twin stalkers as they hunt their through LA. Discussing why they chose the immersive filming technique, The Paranoyds explain,

“The song is loosely about a stalker and we wanted that idea to be involved in the movement somehow. The video directors, our friends Theo Cohn and David Gantz, wanted to challenge themselves by doing something they had never done before — shooting with a 360º camera. This allowed us to show the point of view of these stalkers, where you could watch the video multiple times and still notice little Easter eggs each time depending on where you look. So many people watch videos on their phones now, and a 360º video makes for a much more interesting and fulfilling experience on a phone.”

Take a look at The Paranoyds’ “Face First” below.

The Paranoyds will tour behind Carnage Bargain with Bleached and White Reaper throughout the fall. The full itinerary is down at the bottom of the page, and you can get tickets here.

For more on the inspirations behind “Face First”, The Paranoyds have dug into the track’s Origins.

Invasion of the Body Snatchers:

Invasion of the Body Snatchers (1978)

Initially, the song was inspired by Invasion of the Body Snatchers. While the film highlights classic fears from the Cold War era, the mode of infiltration is quite simple, yet universal. I found the idea of the pods — something other-than possessing your body — to be relatable. I sort of made a crazy jump — what more can make you feel like you are not yourself, than when you have a crush? And you’re aware that you’re not yourself, in fact, you’re being sort of crazy and looking into all the things they like and the places they go and wanting to “accidentally” run into them.

Our band loves horror films. At the time, we were writing a re-imagined live score for the original Night of the Living Dead and were sort of in a heavier place than usual. The opening guitar riff is just two notes, half steps of each other. I play them with a slight delay so they ping, causing them to sort of blend in together into this nauseating and alarming sound. 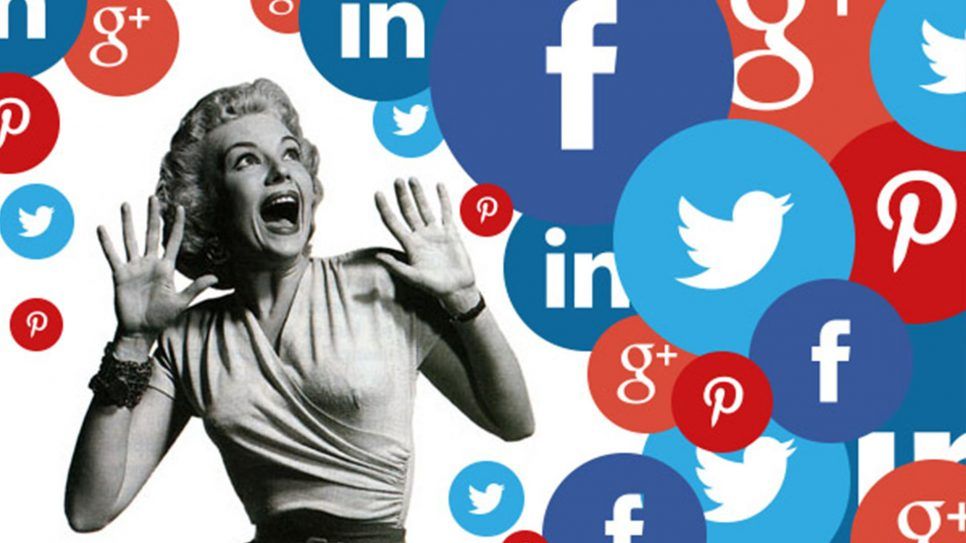 I was driving home one day and I’m not sure why, but I was thinking about the interior life of a stalker — their modus operandi, their daily life. I had a somewhat horrific realization that it wasn’t too hard to get into that mindset because technology really enables it. We were born into a generation of stalkers.

Punk rock, Sci-Fi in LA? Yes please! We all watched Repo Man together on a couch in Portland a few summers ago. We love quoting it — lines such as, “This is intense,” “Let’s do some crimes,” and “Let’s go get sushi and not pay,” are some of our favorites. We can’t help but think of that epic car chase scene in the LA river while listening to “Face First”. 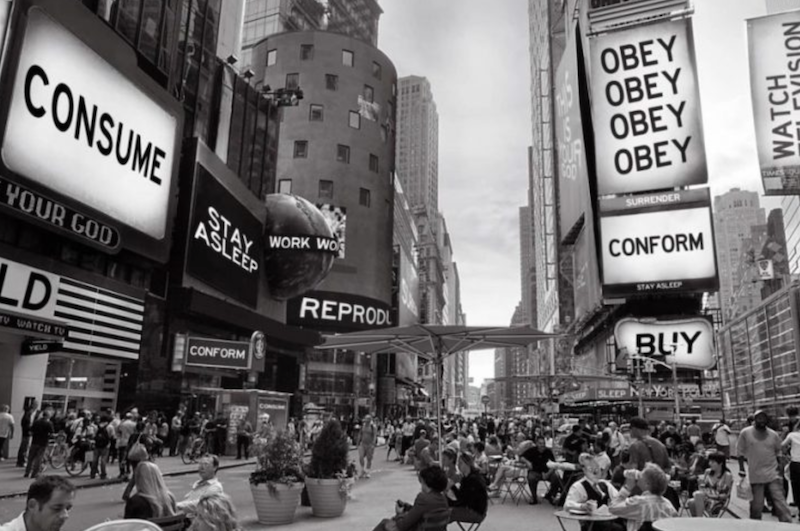 [John] Carpenter is god, okay?! If Shepard Fairey gets to take from this monster classic social commentary, then so can we! WE know “they’re” after us! Do you? Wake up and put your sunnies on — they’re tracking our ‘likes’ and interests to keep us consuming and distracted.