Ranking Every Slipknot Album From Worst to Best

Welcome to Dissected, where we disassemble a band’s catalog, based on the exact science of personal opinion, late night debates, and the love of music. This time, we follow Slipknot’s career, from their 1996 full-length demo, Mate. Feed. Kill. Repeat., to their most recent effort, 2019’s We Are Not Your Kind.

Slipknot are one of the biggest bands of the 21st century. From their theatrical presentation to the brutality of their music, it didn’t take long for the band to capture the ears and hearts of listeners around the globe. Since the release of their 1999 self-titled album, the masked marauders have continued to push their creative muscles to the test, expanding upon their brand of heaviness.

From the visceral cuts off of 2001’s Iowa, to the somber atmosphere off of 2008’s All Hope Is Gone, to the sonic evolution displayed on 2019’s We Are Not Your Kind, Slipknot have intertwined ferocity and emotion into their work.

From the beginning, Slipknot have always been a band about family; before the group even took the world by storm, you had nine dudes from Des Moines, Iowa, looking to just jam together. With the unfortunate passing of bassist Paul Gray, as well as the surprising ousters of drummer Joey Jordison and percussionist Chris Fehn, Slipknot’s lineup has taken some hits over the years.

That said, on each of their releases, the band has always brought something fascinating to the table. While not every release is all around perfect, there’s something to be appreciated throughout all the band’s material. When compiling our votes together, we saw a lot of commonalities across the board. That said, there were a few contenders for No. 1 — a sure sign of a solid discography. So, let’s not wait (and bleed) anymore, and see how we ranked Slipknot’s albums from worst to best. — Michael Pementel 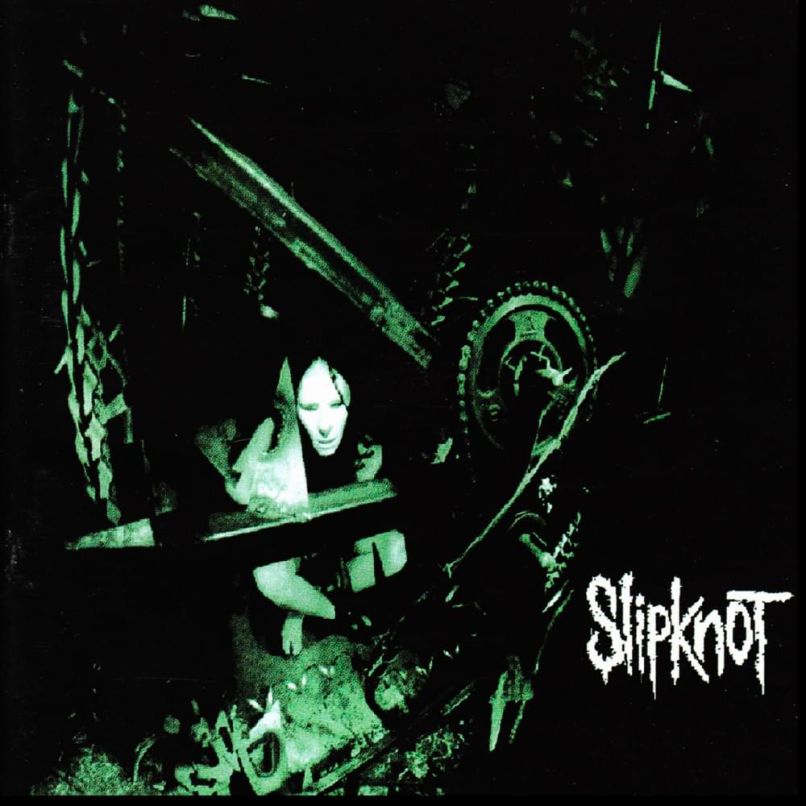 Spitting It Out (Analysis): Released fittingly on Halloween 1996, the first Slipknot full-length, Mate. Feed. Kill Repeat. barely hints at the platinum-selling superstars that the band would become. In fact, the band doesn’t even consider it there first album, calling it a demo. Highly experimental and unorthodox, it’s genre-bending death and nu metal as open minded as it is unrefined. This still-embryonic Slipknot did feature late bassist Paul Gray and former drummer Joey Jordison, but shares almost no members with the band today: Mick Thompson and Craig Jones are credited but did not perform on the record, making Shawn “Clown” Crahan the only current member of the band who took part in the recording. Snippets of these songs wound up recycled on the band’s next two records.

The record owes much of its sound to guitarist Josh Brainard, who apparently envisioned a Slipknot with much more brutal death metal in the mix. His guitar tone edged into the chainsaw sound of Entombed at times, and especially early on the record edges into slam and grindcore territory. As was typical at the time, that grindcore influence included dalliances in other genres such as jazz and funk —“Do Nothing/Bitchslap” edges into something like The Tony Danza Tapdance Extravaganza territory.

This version of Slipknot was never going to succeed, as it produced mostly failed experiments — thanks in large part to vocalist Anders Colsefini, who was simply not up to the task of selling this music. Replacing him with Corey Taylor is one of metal’s greatest trade-ups. That said, it seems as though Brainard had more to say as a musician. It’s a shame he didn’t start another band.

The Heroic Anthem (Best Song): Out of all of these songs, “Gently” sounds the most like classic Slipknot, with its deep groove and mixture of spoken and growled vocals. While it’s probably the least-adventurous song on Mate. Feed. Kill Repeat., it’s also the most consistent. Small wonder that it wound up in a heavily reworked version on Iowa five years later.

One I Forget (Worst Song): It’s tough to pick a worst song here — the throwaway bonus track, “Dogfish Rising” is a typically nonsensical nu metal bonus track and therefore seems like the obvious choice, but it’s a little too obvious. “Confessions” on the other hand is a serious enough attempt at the kind of melodic brooding that the band later mastered, but Colsefini’s forced clean singing does it no justice. It’s probably the worst Slipknot song full-stop. — Joseph Schafer 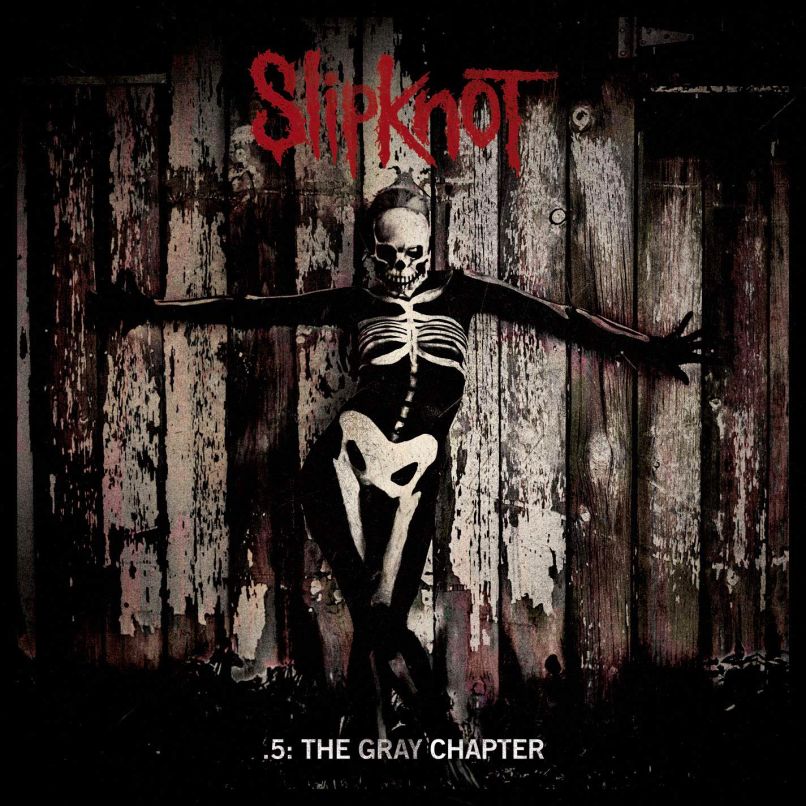 Spitting It Out: .5 The Gray Chapter sees Slipknot in a rare moment of artistic stagnancy, recycling back through their career in search of sonic tropes and imagery instead of moving ahead and dabbling in the further reaches of their extreme metal tendencies. The resulting album is a hodgepodge of ideas that all feel and sound like Slipknot, but without the urgency and exploration of earlier recordings. The album is by no means a complete dud, though it does contain more filler than the band’s more esteemed full-lengths, with some of the overtly melodic material coming across as forced and awkward.

When compared to the band’s relatively airtight discography, .5 The Gray Chapter is simply not as memorable; however, it does contain a touching bit of sentimentality in its many references to late founding bassist Paul Gray, who passed away in 2010 prior to the writing and recording of the album. Its title is a direct reference to Gray, and themes of loss (“Goodbye”, “If Rain Is What You Want”) run throughout the album.

In addition to the loss of Gray, founding drummer Joey Jordison is also absent from the album after being let go from the band in 2013. The LP is also now notable for being the final appearance of percussionist Chris Fehn, who was ousted from the band in early 2019. In the grand scheme of Slipknot’s discography and considering the various personnel changes before and after, .5 The Gray Chapter can now be seen as a pivot point in the band’s history.

The Heroic Anthem: The duality of “The Devil in I” makes the album’s highest charting single a worthy checkpoint if you’re trying to revisit .5 The Gray Chapter without indulging the whole album. After a crushing intro of thrash riffs, Taylor’s melodic vocals take over during spacious, downbeat verses before the heavy riffs return. The track’s balanced pacing and smooth loud-soft transitions are tastefully executed, making “The Devil in I” a flowing bit of melodic heavy metal and one of Slipknot’s most immediately accessible songs.

One I Forget: Technically listed as a bonus track, the regretful “Override” is inescapable on most versions of .5 The Gray Chapter on digital streaming services, awkwardly tacked on with a handful of other tracks. Unless you’re listening on the original CD or vinyl edition, the album’s definite and sensible conclusion (“If Rain Is What You Want”) is disrupted by this snoozer, plagued by an underwritten and weak vocal melody and unimaginative repeating guitar chugs. —Jon Hadusek 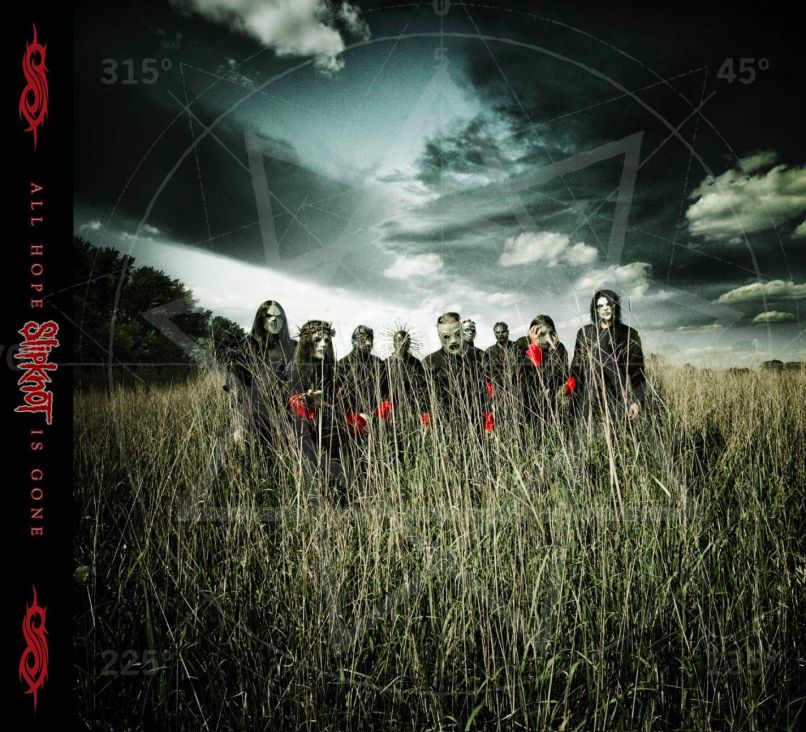 Spitting It Out: All Hope Is Gone sees the band leaning even further into a melancholy atmosphere. Overall, the LP presents a somber mood; whether it’s the dreary rhythm of “Dead Memories” or the chilling air that is present in “Snuff”, the record offers some intriguing emotional tones. Like the albums that came before it, All Hope Is Gone casts an aura that permeates each track from start to finish. The record’s sense of tension is felt in some of its heavier tracks; in particular, “Gematria (The Killing Name)”, makes for a killer cut full of relentless thrashing. The album’s title track is also a delightfully sinister song, offering a blaze of rampant instrumentation alongside guttural vocals.

All of this said, what is holding All Hope Is Gone from a higher ranking is how “clean-cut” the presentation feels. Even for its touches of emotion, the record strips away a lot of the grit and anger that Slipknot are so famously known for; and this isn’t just the case in regards to sound, but a lot of the material here feels restrained compared to past works. There isn’t anything wrong in general with a cleaner edge, but for Slipknot, this record just doesn’t feel like them. The overall radio-friendly vibe ends up cutting away at what drive the record has, never going full throttle into aggression.

The Heroic Anthem:  “Snuff” is easily one of the greatest singles among the band’s collection. The track not only displays the band’s instrumental range, but how they can still establish such fierce emotion without screaming and shredding. From the use of acoustic guitar, Corey’s singing, and the thundering presence of other instruments, “Snuff” makes for a riveting and heartbreaking experience.

One I Forget: While “Vendetta” has moments of being catchy, it’s pretty generic in regards to structure and flow. There is very little (if anything at all) unique about this song. At best, one could listen to “Vendetta” and consider it a heavy song that can get one in the mood for head banging; that said, there are other cuts like “Psychosocial”, providing more of a catchy touch, and “This Cold Black”, which delivers upon more brutal instrumentation. — Michael Pementel

Ranking Every Slipknot Album From Worst to Best
Spencer Kaufman