In Photos: Social Distortion and Flogging Molly Play The Rooftop at Pier 17 in New York City (8/25)

With more than 60 years of combined punk-rock history between them, Social Distortion and Flogging Molly co-headlined The Rooftop at Pier 17 in New York City on Sunday night.

Social Distortion, who are celebrating 40 years as a band this year, closed out the evening on this particular night. Frontman Mike Ness and company performed a 13-song set that was heavy on tunes from 1996’s White Light, White Heat, White Trash and 1992’s Somewhere Between Heaven and Hell. Among the highlights was the set-closing classic “Story of My Life” from the band’s 1990 self-titled album.

Performing while it was still daylight, Flogging Molly brought their 20-plus years of Celtic punk to the Big Apple, also playing a 13-song set. More than half their show was made up of songs from their latest album, 2017’s Life Is Good, and their 2002 effort, Drunken Lullabies, closing with “If I Ever Leave This World Alive”.

Americana band The Devil Makes Three and garage-punk act Le Butcherettes served as support, making for a jam-packed evening of music on an unusually comfortable and mild summer night in New York City.

The tour continues through a September 29th show in Mesa, Arizona. See the remaining dates here, and check out our photo gallery of the NYC show below.

Photo Gallery – Social Distortion, Flogging Molly, The Devil Makes Three, and Le Butcherettes at The Rooftop at Pier 17 in NYC (click to enlarge and scroll through): 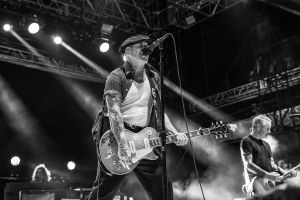 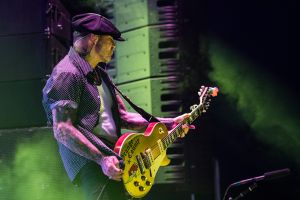 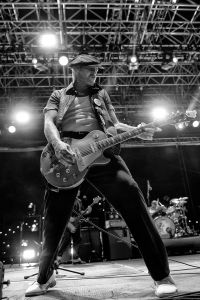 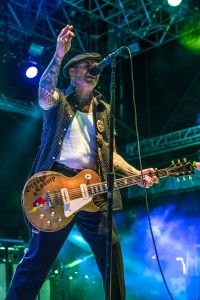 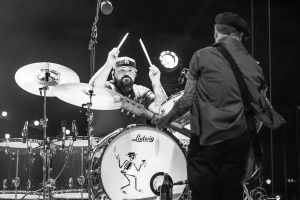 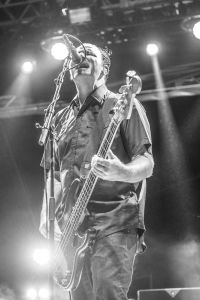 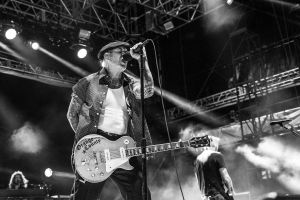 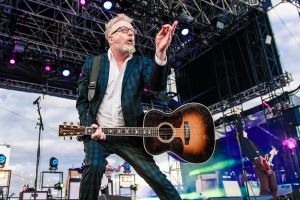 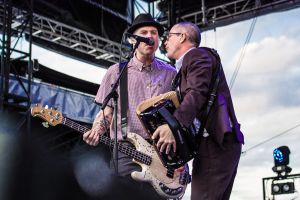 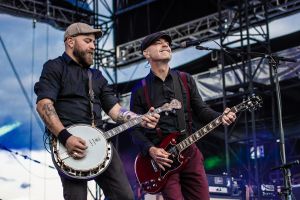 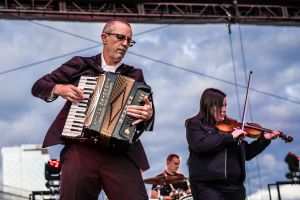 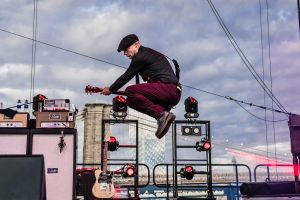 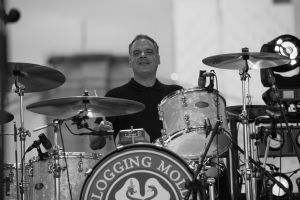 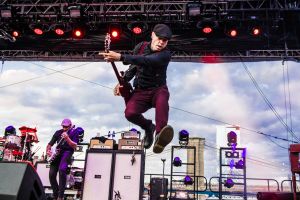 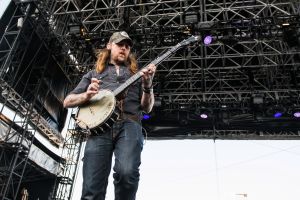 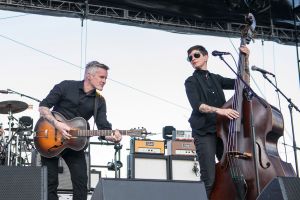 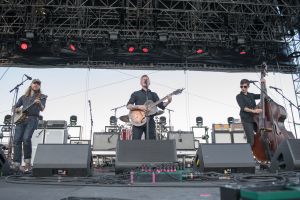 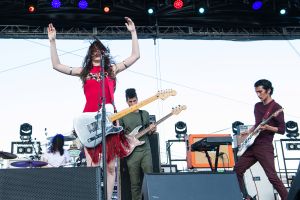 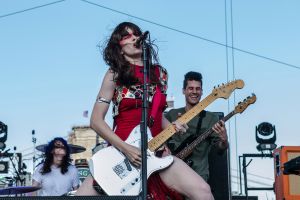 Social Distortion Setlist:
So Far Away
Through These Eyes
Bad Luck
Gimme the Sweet and Lowdown
Dear Lover
Untitled
Don’t Drag Me Down
Cold Feelings
All Over You
1945
Reach for the Sky
Sometimes I Do
Story of My Life

Flogging Molly Setlist:
Drunken Lullabies
The Hand of John L. Sullivan
Another Bag of Bricks
Saints & Sinners
Float
The Days We’ve Yet to Meet
Tobacco Island
A Prayer for Me in Silence
Devil’s Dance Floor
Crushed (Hostile Nations) (with snippet of We Will Rock You)
What’s Left of the Flag
Seven Deadly Sins
If I Ever Leave This World Alive