Jasta’s Twitter rant seemed particularly harsh, as Hatebreed isn’t even on the festival lineup, which was curated by Deftones. The Hatebreed singer argued that CHVRCHES would be “embarrassed off the stage” by following the extreme metal of Gojira. CHVRCHES singer Lauren Mayberry immediately defended her band, and judging from the Twitter response to the feud, Jasta stood largely in the minority.

“I thought it was really cool because it just showed that kind of thinking in the metal community isn’t stood for any more,” said Mayberry of the fan response in a new interview with NME. “And Gojira actually sent us a merch package so we got a crap ton of Gojira t-shirts. That was really nice. It reflects the community and informs the community. I just didn’t understand. I was like, ‘That’s not what Deftones has ever been about.’”

CHVRCHES’ Martin Doherty seconded Mayberry, adding, “Who cares really? I mean, that guy. We’re living in different universes. What’s even the point in taking a swipe like that? I’ve been listening to Deftones since 1998 and they were always an alternative metal band. I wasn’t a huge metal fan, but I was a massive Deftones fan. I think that anyone who’s narrow-minded like that totally misses the point of the band, as far as I can see.”

Mayberry also revealed that she almost got a White Pony tattoo in honor of Deftones’ classic album. The two bands’ mutual love of melody and moody romanticism makes for a sensible billing on a Deftones-curated fest. The care package from Gojira is also not surprising given the band preaches acceptance in their actual music, making Jasta’s comments even more of an echo-chamber rant given the parties involved.

The Dia De Los Deftones festival takes place November 2nd at Petco Park in San Diego, California. Take a look at the lineup poster with the billing in question below and purchase tickets to the festival via Deftones’ website. 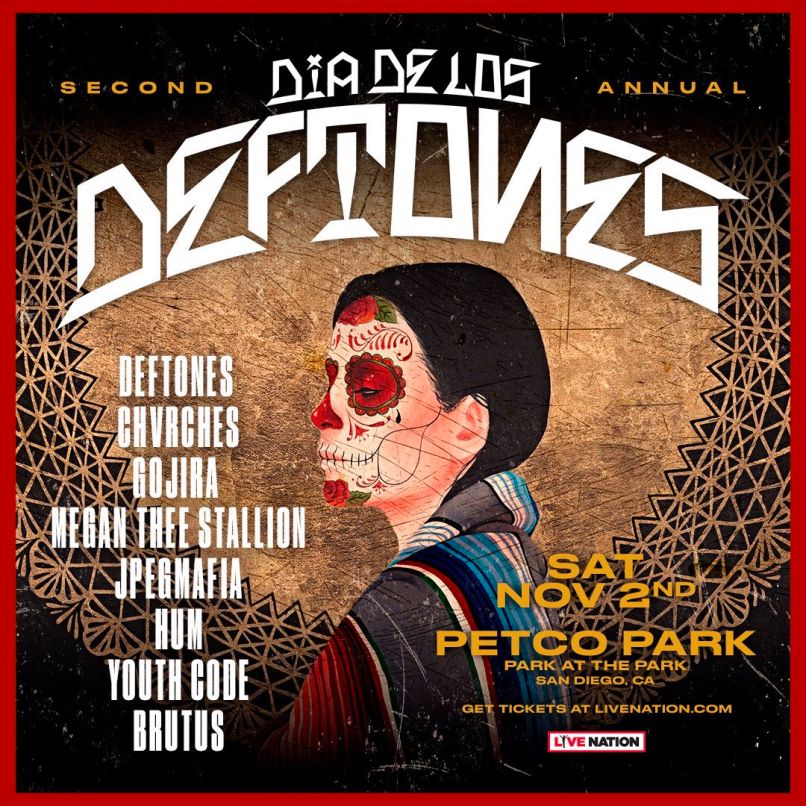